Description:
Tidal marshes developed in New England during the past 4,000 years when sea levels rose slowly.  As marshes flood, grasses trap inorganic sediments and also infuse the soils with organic matter (roots and rhizomes).  Flooding by salt water is key to provide suspended sediments to the marsh surface and prevent the organic matter in the peat sediments from decomposing.  Local sea level rise has increased from 1 to 3 mm over the past two decades, and as tidal marshes flood more, scientists expect they will grow faster (up to a point).  Our project will deploy surface elevation tables (SETs) and measure surface accretion and elevation change at six stations in the Hampton Seabrook Estuary.  Change in sediment elevation is tracked by setting up the SET on a known benchmark and measuring the distance to the soil surface (Fig. 1).

Surface accretion is measured as the depth of sediment covering a thin layer of white feldspar (inset).  Since tidal marshes have this amazing ability to grow in elevation as sea levels rise, they can help coastal communities track and adapt to rising sea levels. 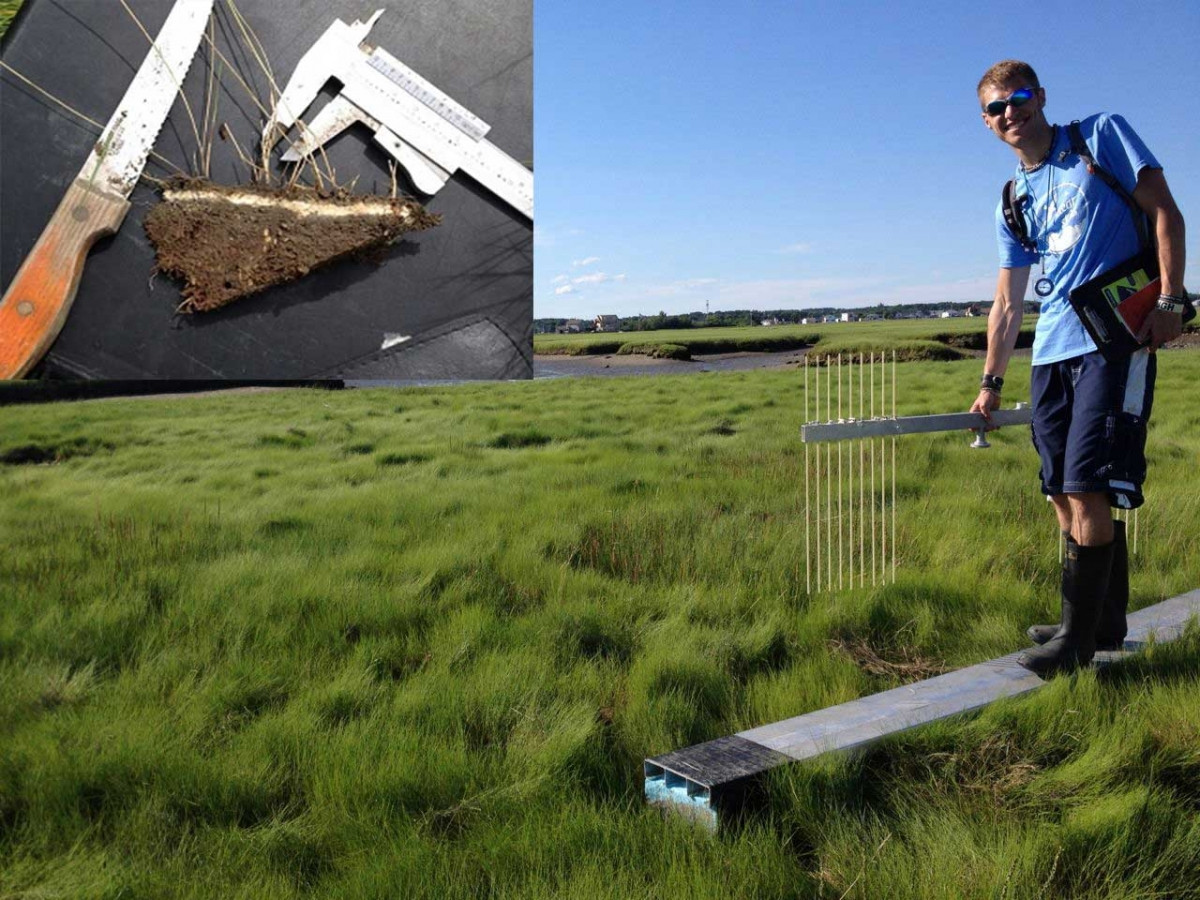