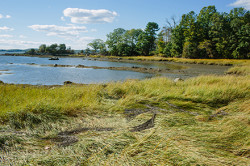 Jackson Estuarine Laboratory
Restoration of Eelgrass and Shellfish Habitats in the Great Bay Estuary
Funded by USDA/Natural Resource Conservation Service; 2005-20080 this project is part of the NRCS Wildlife Habitat Improvement Program (WHIP) and is aimed at implementing multispecies restoration of estuarine habitat consisting mainly of shellfish and eelgrass. END_OF_DOCUMENT_TOKEN_TO_BE_REPLACED
Rhodes Academy - Our Past and Our Future
The Rhodes Academy of Oceans Law and Policy was established to fill the need for an international training center for government officials and scholars in oceans law and policy following the successful negotiation of the 1982 Law of the Sea Convention and its subsequent agreements. This international treaty has become known as “the constitution of the oceans” and it has been widely ratified by nations. John Norton Moore, Director of the Center for Ocean Law and Policy at the University of Virginia, and Nikos Skourtos, Director of the Aegean Institute, together with other experts, established the Academy in Rhodes, Greece. END_OF_DOCUMENT_TOKEN_TO_BE_REPLACED
Rhodes Academy Update on Covid-19
As many of you know, we were forced by the Covid-19 pandemic to cancel the 2020 Rhodes Academy. As we look forward to the 2021 session, there is a very real possibility that the pandemic will still be with us and make holding the Academy unfeasible in Greece. We are very much aware of this dilemma and are currently investigating strategies and options for holding a virtual Rhodes Academy in 2021. This could potentially be a full roster of classes that could be accessed online by admitted students at a reduced attendance fee. We urge everyone who wishes to attend the 2021 Rhodes Academy to apply. We very much hope we will be able to hold the session as usual in Greece. The Directors will decide before the April 12, 2021 application deadline whether we will be able to go forward with in-person classes in Rhodes. By that time, we will have more clarity about our back-up plan, a virtual 2021 session of the Academy. END_OF_DOCUMENT_TOKEN_TO_BE_REPLACED 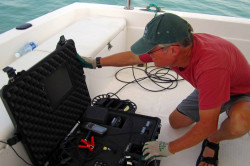 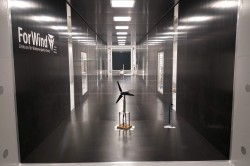 Center for Ocean Renewable Energy
Wind Farm with Turbines Operating Under Yawed Conditions
Wind turbines operating in the wake of upstream turbines experience power losses due to wake effects. Upwind turbines can intentionally be yawed to deflect the wakes to increase the power output of the downstream turbines, which may increase the overall power production of a wind farm. END_OF_DOCUMENT_TOKEN_TO_BE_REPLACED 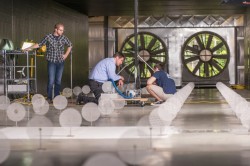 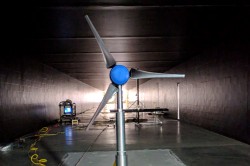 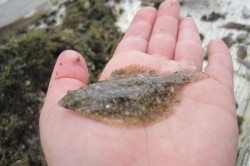 Judd Gregg Marine Research Complex
Winter Flounder Otoliths Can Be Used as Natural Tags
Estuaries are essential habit for juvenile winter flounder. UNH researchers are working to determine which estuaries are most productive so that they can be protected better to insure successful winter flounder recruitment. END_OF_DOCUMENT_TOKEN_TO_BE_REPLACED